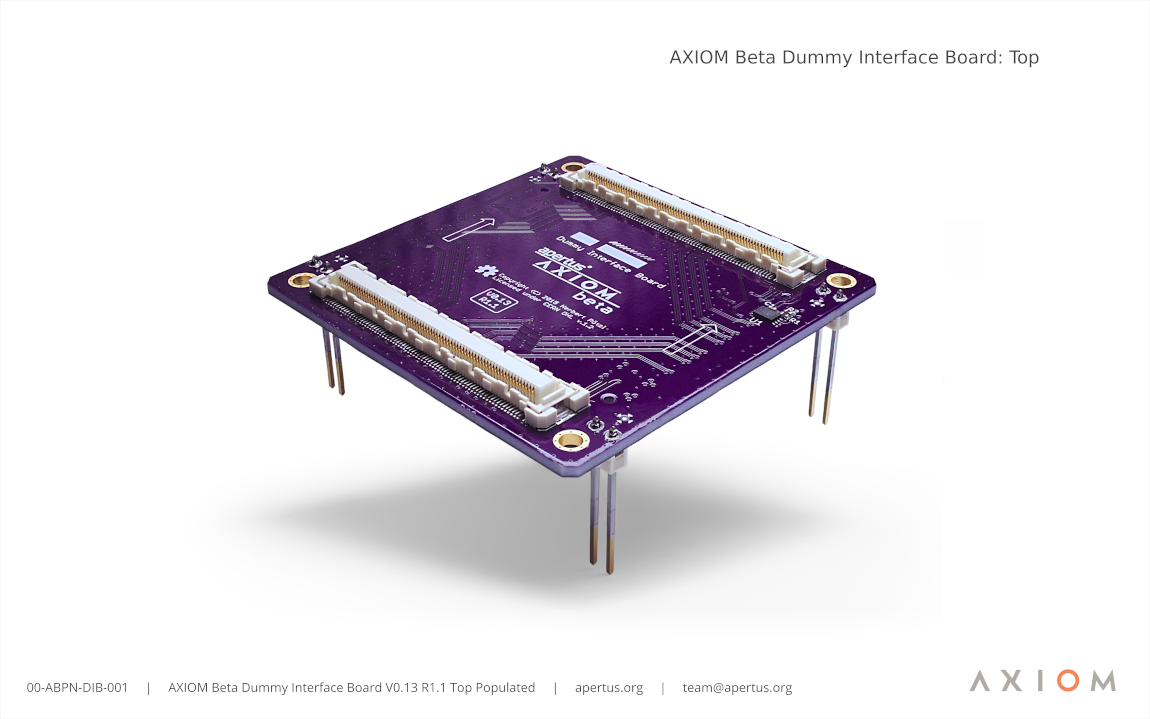 The AXIOM Beta Dummy Interface Board acts as a bridge between the image sensor board and the rest of the camera. It converts communication between the aforementioned components to a standard protocol so that almost any image sensor that becomes available in the future can be used with the AXIOM Beta without changing the rest of the hardware. If AXIOM users felt that 8K was in demand they would simply swap the sensor board for one capable of capturing images in the desired resolution.