The AXIOM Beta Developer Kit is equipped either with a CMV12000 ZIF (Zero Insertion Force) socket or a THT (Through Hole Technology) socket image sensor board . This page tries show the differences between those two options and who might benefit from choosing one or the other. 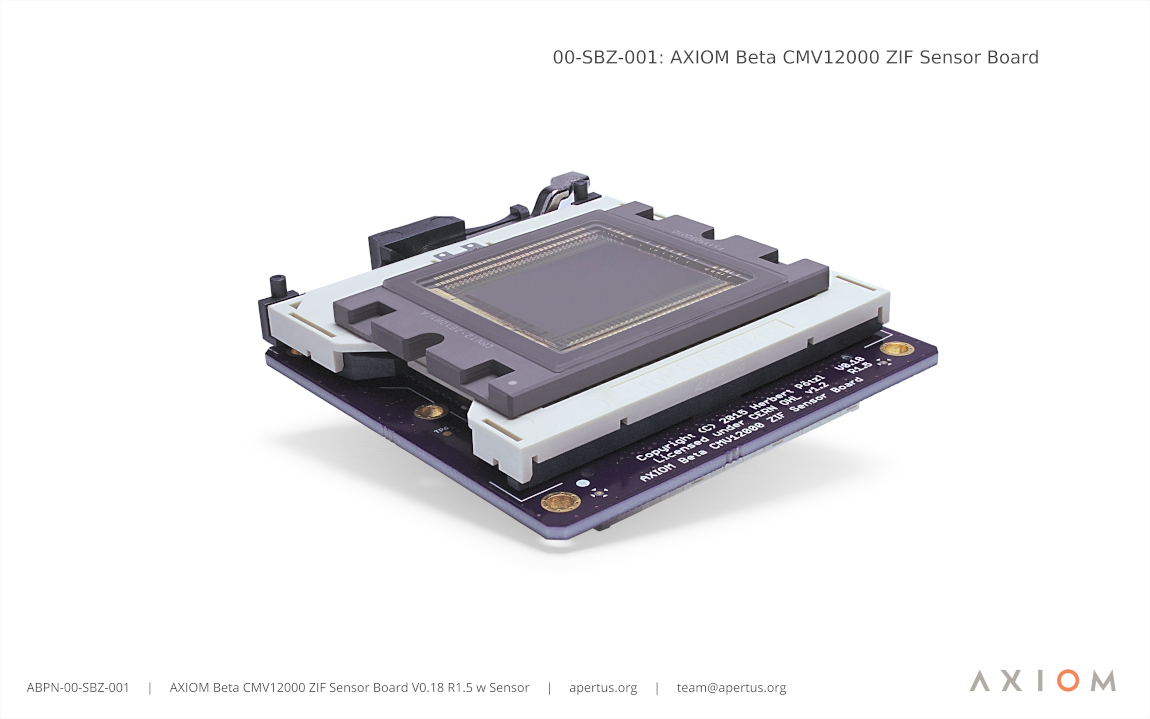 The ZIF socket is useful for developers as it allows for frequent, easy sensor removal at the turn of a lever (zero force). The socket itself is a server CPU socket (https://en.wikipedia.org/wiki/Socket_604) with a rather dense BGA (Ball Grid Array) which makes assembling this PCB a bit a bit tricky and testing/verification quite time consuming thus resulting in a slightly higher price. The ZIF socket does not allow attaching a heat sink to the back side of the image sensor in contrast to the THT option. 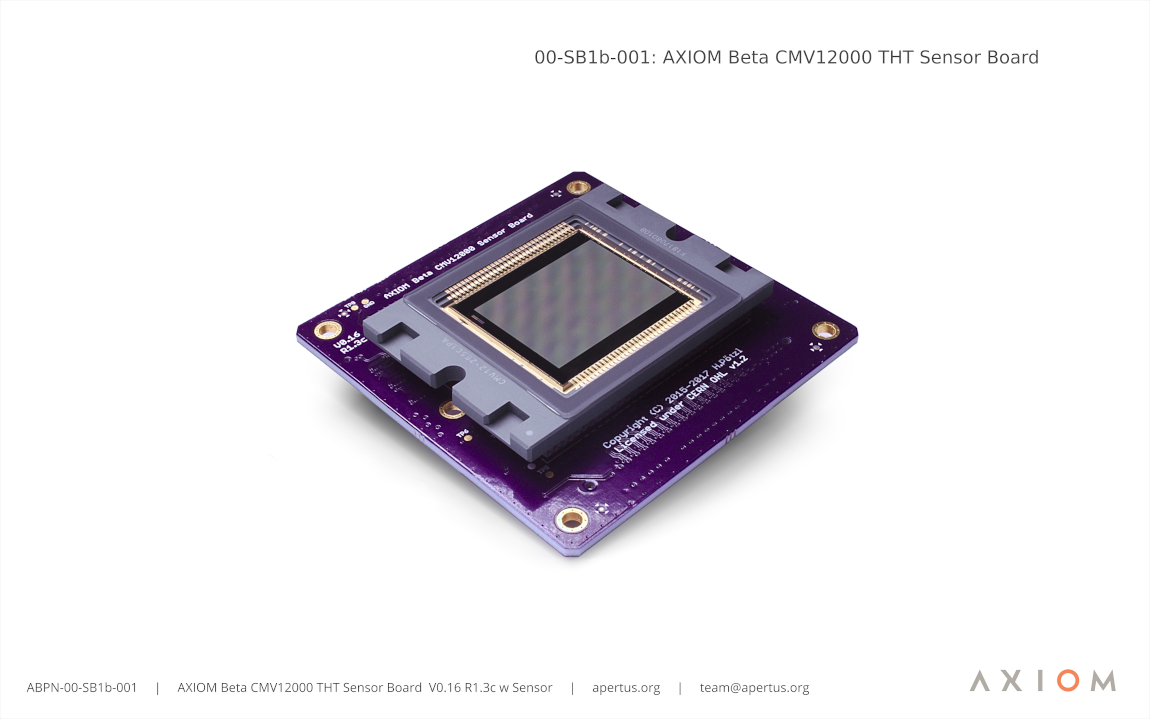 It's the standard option, if you do not require to swap image sensor frequently this is the best option.