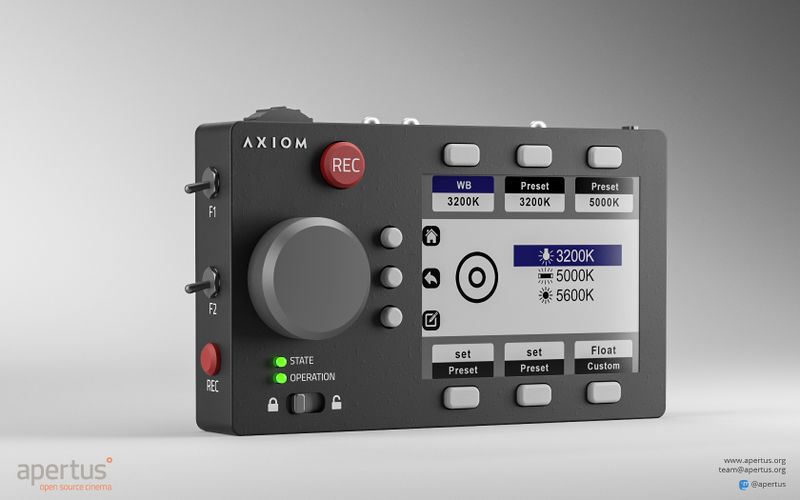 This device, and its associated software, is designed to be a comprehensive remote control unit for the AXIOM Beta range of cameras. Like the devices it controls, AXIOM Remote is an open source, open hardware project and all data surrounding its research and development shall be made freely available.

Note: The concepts on this page are pre-production and thereby subject to change as improvements are made. Please do get involved with either ideas for future PCB/enclosure revisions or programming software related to GUI (general user interface).

AXIOM Remote was funded as a stretch goal in the AXIOM Beta crowd funding campaign. It features push-buttons and switches as well as 2 rotary encoders (also with push-button function) that can be used to control a wide range of camera parameters like shutter speed, gain, overlays, FPS, gamma curves etc. To keep everything as flexible as possible the buttons next to the LCD have dynamic functionality as their commands are displayed next to them on the LCD. Switches on the side allow locking of each individual dial wheel or all the buttons together.

Force Feedback for the two dials with two small built-in micro-stepper motors allowing for feeling settings (e.g. min, max reached) without users having to look at the display was considered but deemed too complex/expensive for time-being.

The AXIOM Remote is based on a 2.8" LCD screen (showing status information, camera parameters and enabling navigation through menus) and a PIC32MZ micro-controller. The connection between AXIOM Remote and an AXIOM camera will be a flexible (preferably spiral) cable with solid connectors. Expansion slots (with GPIO) will make future additions of new buttons/knobs/wheels/controllers/interfaces easy and straight forward. 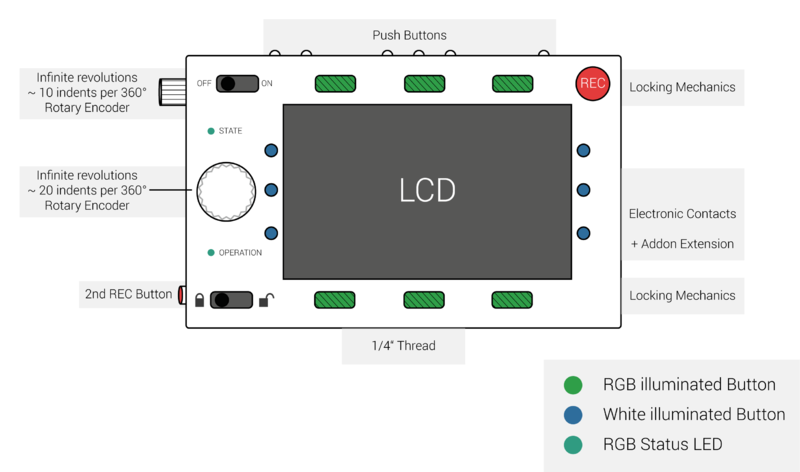 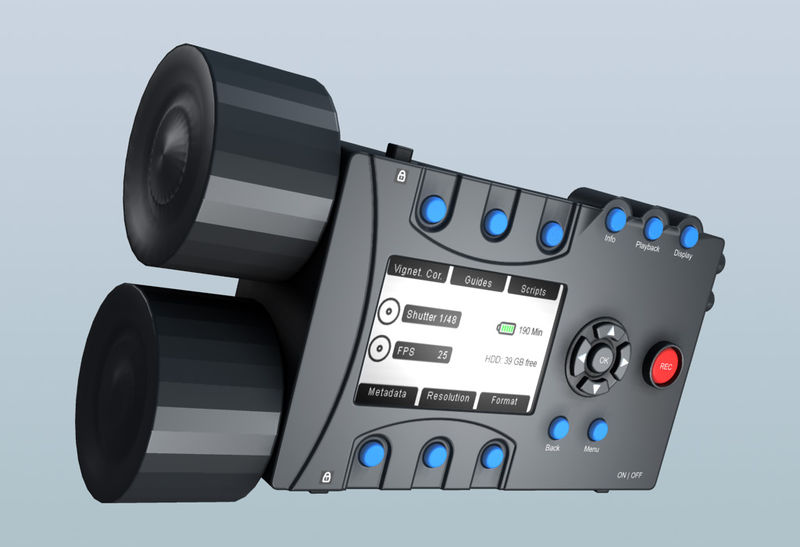 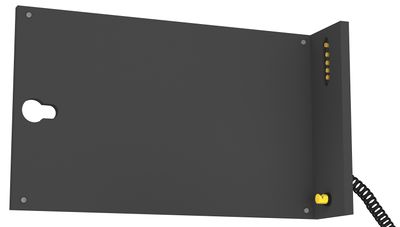 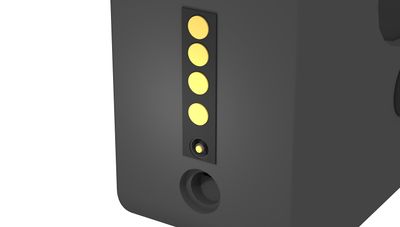 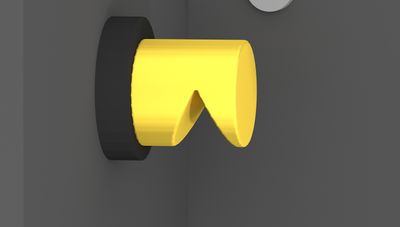 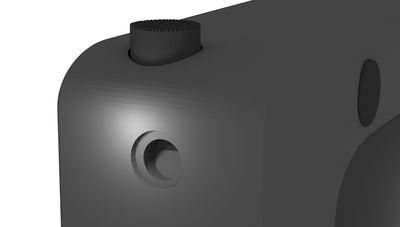 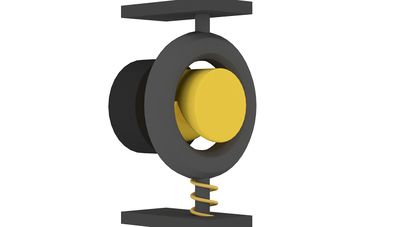 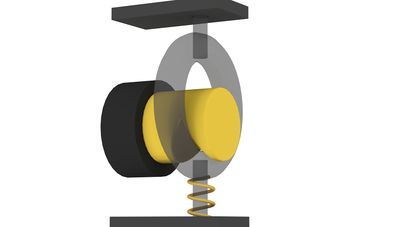 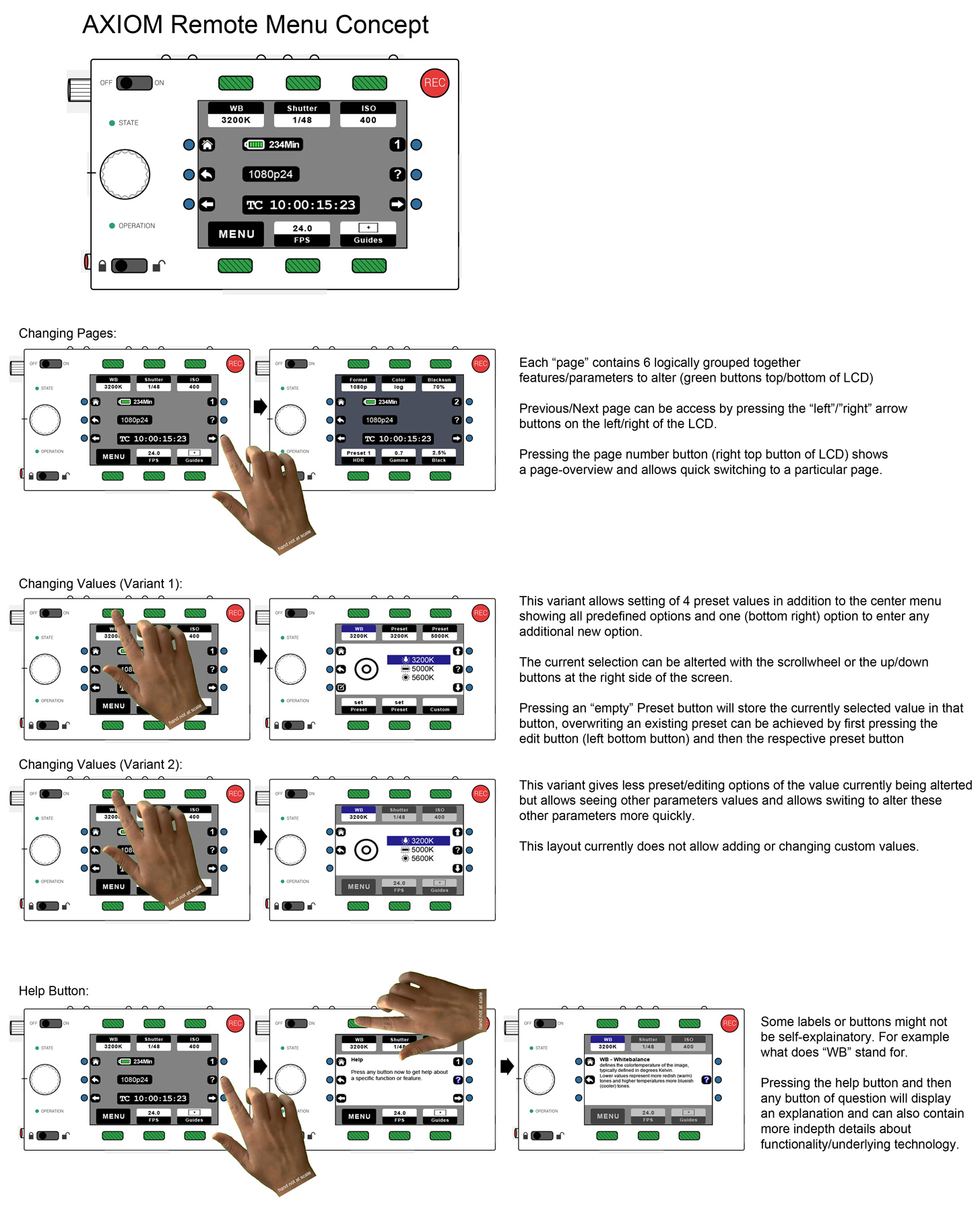 The plan is to design a two part assembly of aluminium CNC milled front/back that are screwed together.

Our very own very early stage menu simulator: [3] and its source code: [4]