The Beta uses a Microzed:

Proprietary protocol from Sony that exchanges metadata between batteries and devices. Expected data inside the protocol includes: charge cycles, battery ID, remaining total capacity, remaining current capacity, etc. Only official Sony batteries incorporate this protocol, cheap replacement parts don't and some Pro Sony cameras refuse operation with batteries without InfoLithium communication. Decrypting this protocol could give us more insight into the battery but is not essential as we can measure the discharge curve and estimate remaining capacity rather accurately that way. 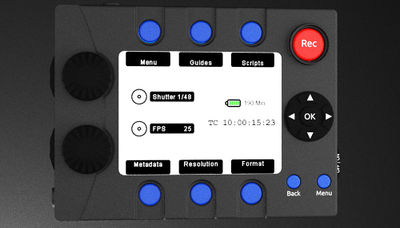 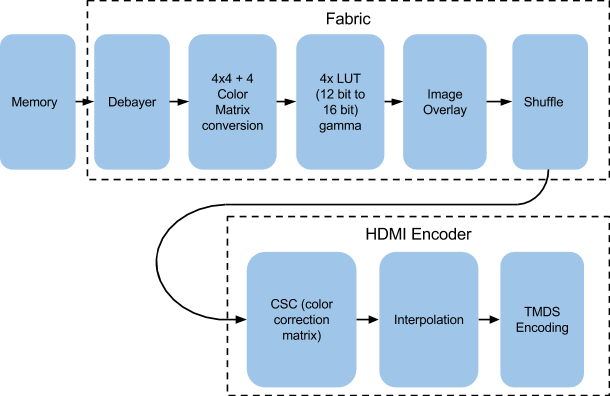 A planned feature is to generate this FPGA code block with "dynamic reconfiguration" meaning that the actual debayering algorithm can be replaced at any time by loading a new FPGA binary block at run-time. This tries to simplify creating custom debayering algorithms with a script like programming language that can be translated to FPGA code and loaded into the FPGA dynamically for testing.

Full HD framebuffer that can be altered from the Linux userspace and is automatically "mixed" with the real time video from the image sensor. (https://www.apertus.org/pong-project on the AXIOM Alpha was implemented exactly with this method)

We still need to decide if a color palette here is sufficient or how many colors we would need. 32 bit image with Alpha channel might be an unnecessary overkill here.

This feature could also be used to draw live histograms/scopes.

Peaking marks high image frequency areas with colored dot overlays. These marked areas are typically the ones "in-focus" currently so this is a handy tool to see where the focus lies with screens that have lower resolution than the camera is capturing.

Digital zoom into the center area of the image to check focus.

As extra feature this zoomed area could be moved around the full sensor area. 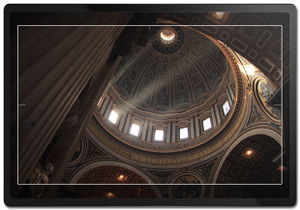 This feature is also related to the "Look Around" where the viewfinder sees a larger image area than is being output to the clean-feed.

This re-sampling method to scale up/down an image in real-time can be of rather low quality (nearest neighbor/bilinear/etc.) as it is only for preview purposes. 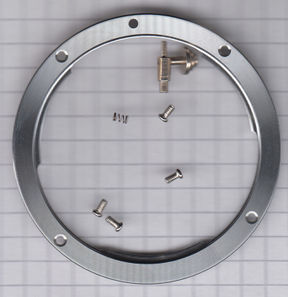 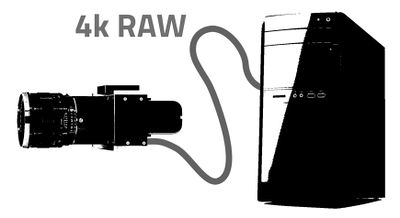 Common and widely available peltier elements are 40x40mm (move it closer to fan?) 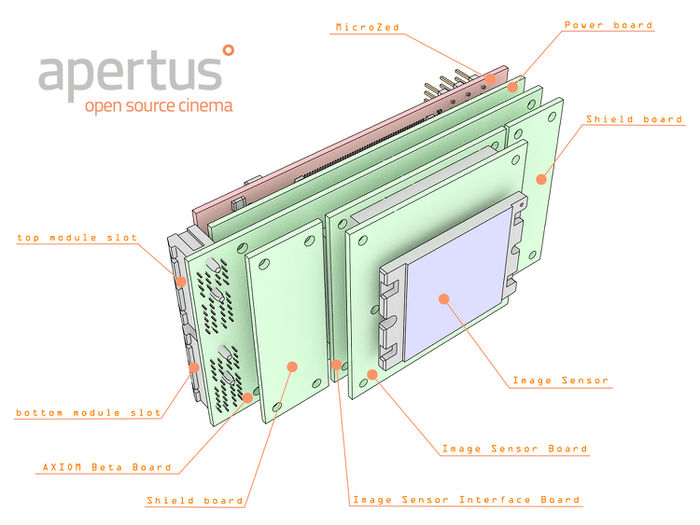 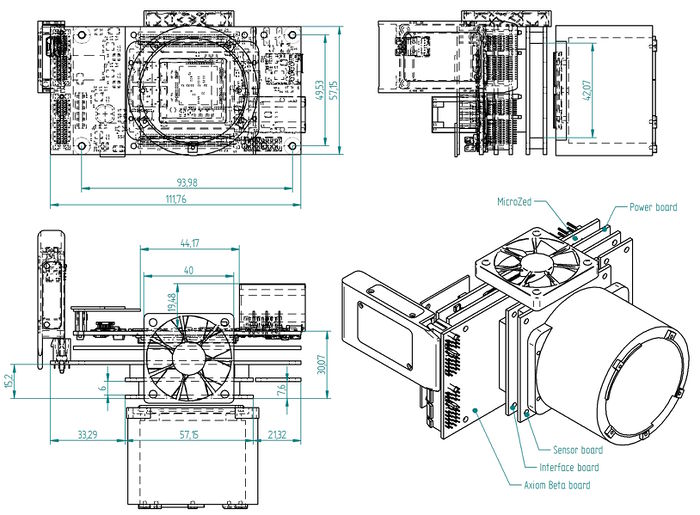 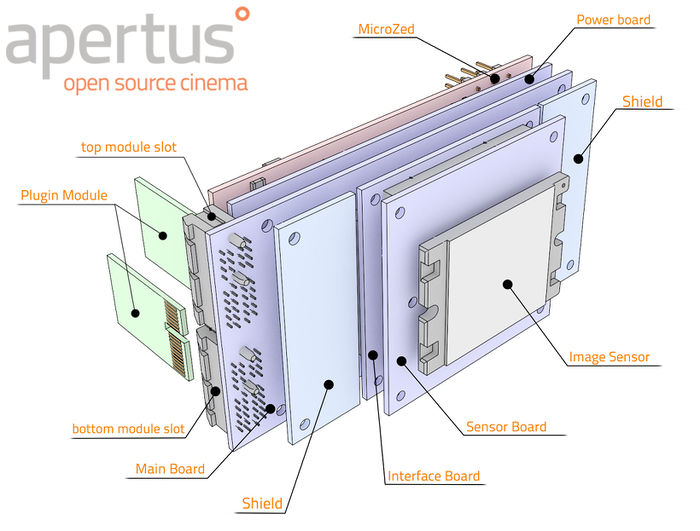 All dimensions are still not final! Work in progress... 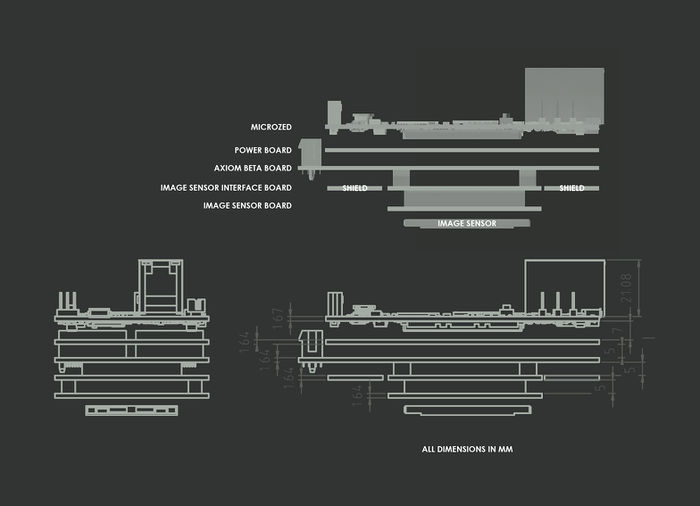 It is planned to incorporate a glass filter slot between lens mount and lens base for placing an IR-cut-off filter or OLPF with IR-cut-off coating in the light path.

Dimensions (inches if not stated otherwise): 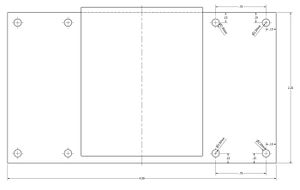 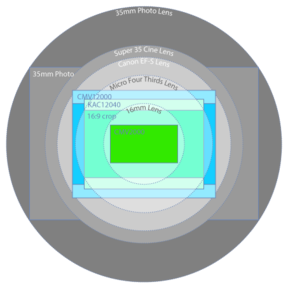 The Axiom has 2 medium speed IO interfaces to be used with "shields". 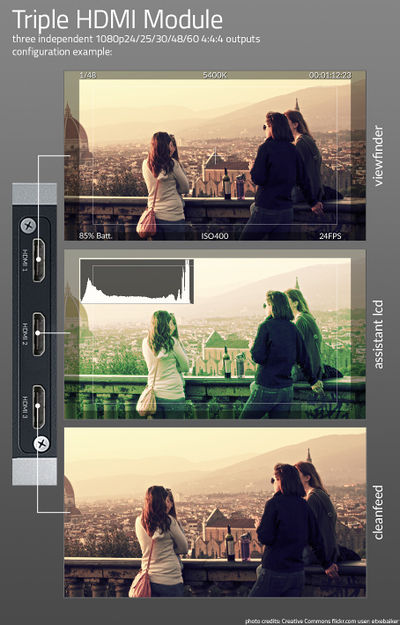 This module adds two micro SD card slots to the AXIOM Beta. The active slot can be switched via the card driver and both cards share a 50MByte/s interface to the Zynq.

The bandwidth is not sufficient for video recording but more than enough for storing full resolution 4K raw still images.

The external slots can not be used for initial booting of the camera.

Versions of the AXIOM Beta will be named AXIOM Beta plus the according roman number.