Note: All layouts/dimensions have been laid-out in accordance with the specific requirements of this application. Reconfiguration is possible and encouraged. For guidance, contribution or commissions please contact us. 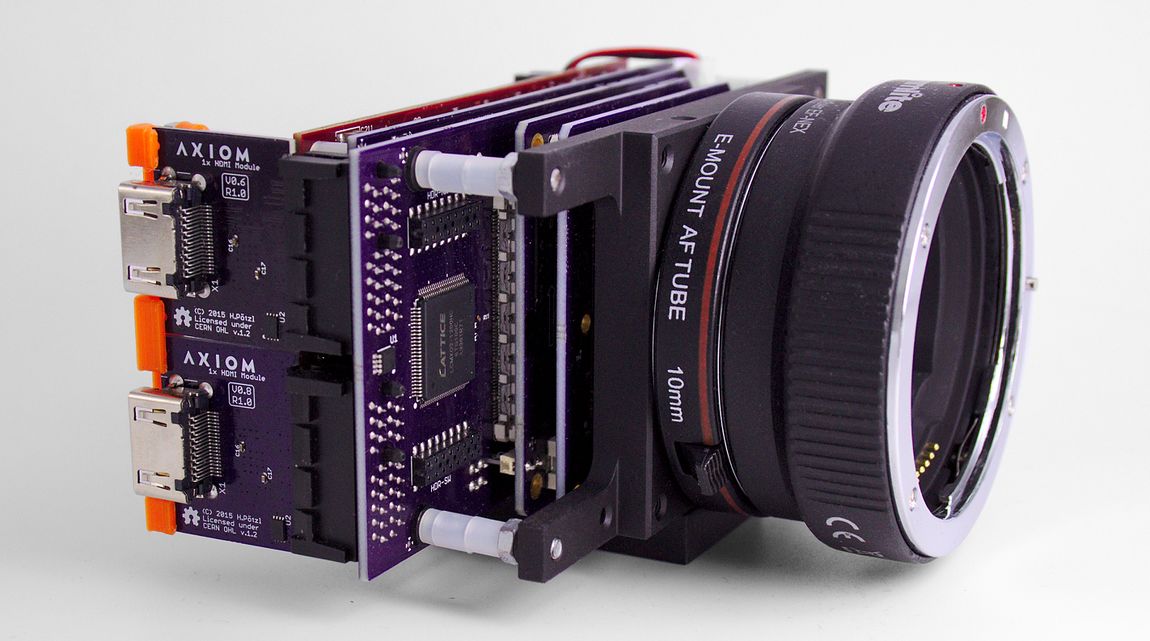 Distinctions between AXIOM Beta's Developer Kit, Compact and Extended versions are purely denoted by variations in the camera's enclosure (or lack thereof). Aside from custom orders, e.g. where specific PCBs or modules aren't necessarily required, all internal PCB's and components are exactly the same.

Note: If a custom version of AXIOM Beta Developer Kit is required for scientific/research purposes, then it could be possible to make the necessary changes. Please make contact to discuss requirements.

A skeleton frame provides support for the electronics, lens mount (e-mount) and tripod footplate. No surrounding enclosure allows for easy access to the AXIOM Beta's core components and their connectors.

This enclosure option provides a solid but lightweight aluminum layer around the camera's electronics and incorporates several mount points and future expansion slots. Great for rig integration or general in-the-field protection. More camera control and recording options are meant to be ready together with the AXIOM Beta compact.

Note: This enclosure version is currently in development.

With the Extended enclosure the AXIOM Beta shall resemble the golden age of film cameras. With ergonomics in mind and space for an integrated recording device (AXIOM Recorder), this enclosure is intended to be ideal for shoulder mounted operation.

Note: This version of enclosure is in concept phase. 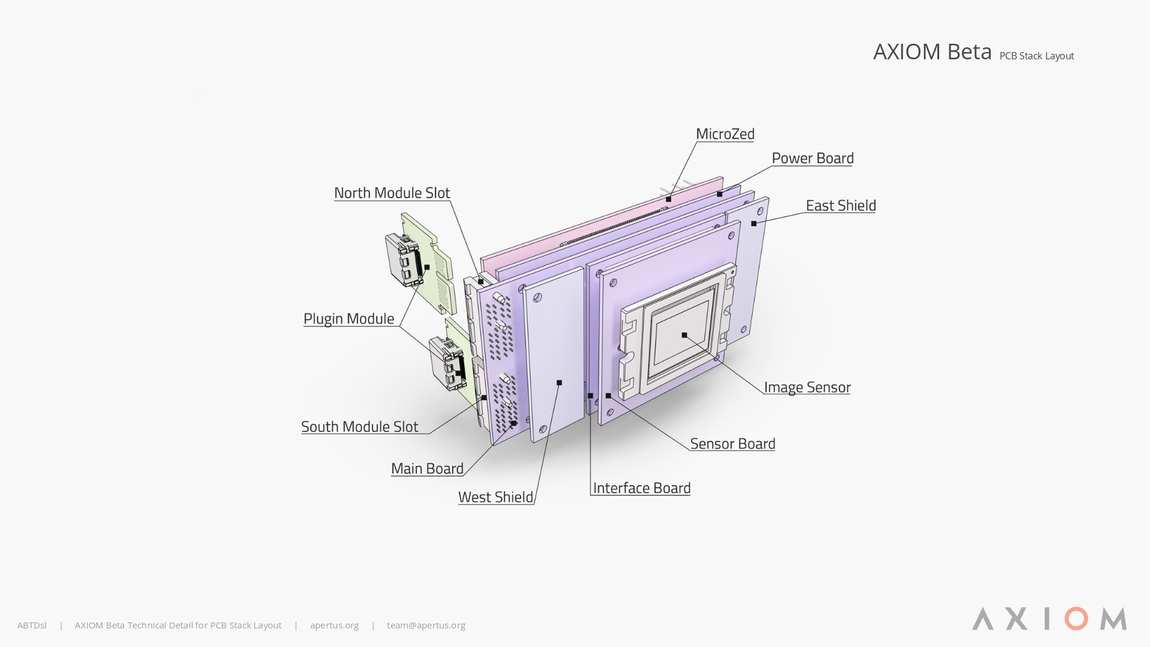 There are several AXIOM Beta enclosure variants, some are finished and available and some are still in development. The AXIOM Beta Developer Kit (ABDK) has a skeleton framework instead of an enclosure allowing easy access to the electronics but at the same time providing a strong and solid link between hardware, lens mount and tripod mount base. This is great for developers and in lab conditions but there are several other variants that add a 3d printed, laser cut acrylic shell around this skeleton framework. There is also the Compact enclosure as very solid custom CNC milled aluminium multi part assembly. 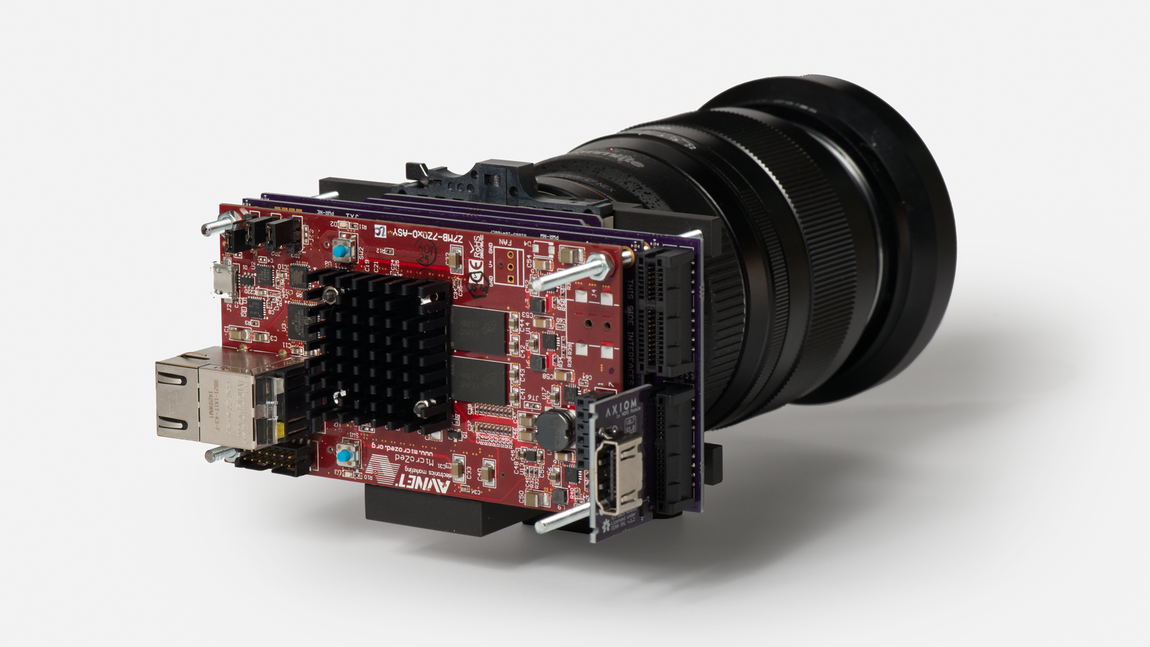 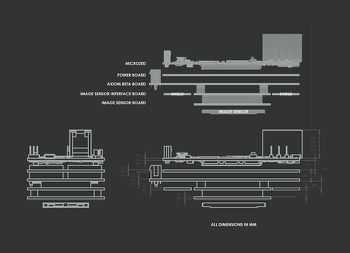 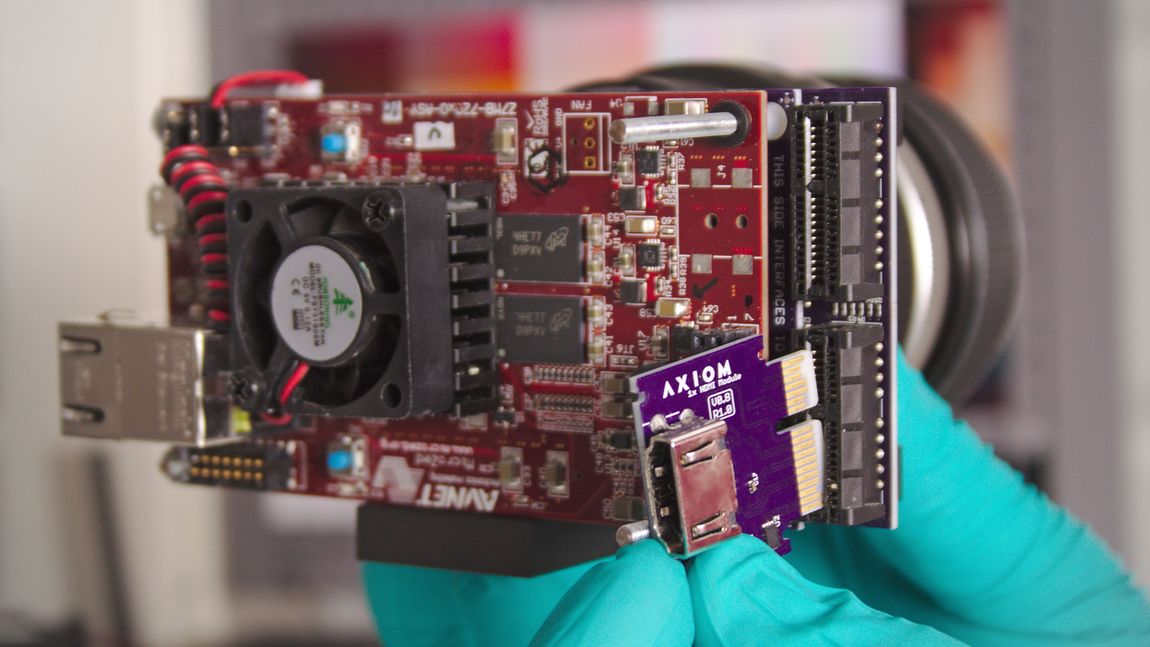 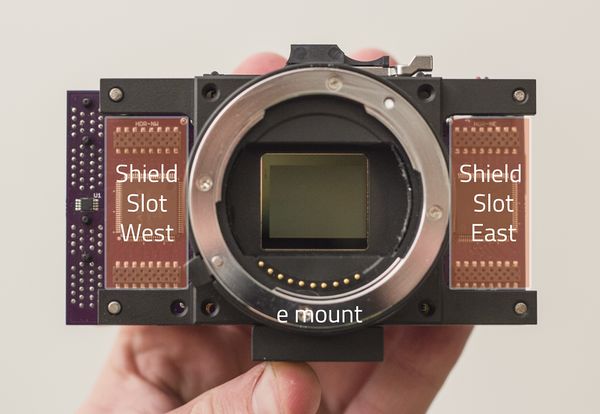 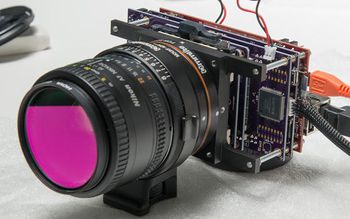